The non-profit Arizona Senior Academy exists to support lifelong engagement with extended learning, creativity and public service for adults in or near retirement. We are located in the Academy Village/Altura active 55+ adult community in the Rincon Valley of eastern Tucson. Founded by a former UA president, our affiliation with the University of Arizona helps the ASA provide a rich year-round menu of public concerts,  lectures, and activities. Each week we enjoy a range of talented artists, experts, scholars, and musicians as well as classes and activities for members, all of which provide active engagement in learning.

To our Members and Friends:

ASA live lectures and concerts are open to ASA members and the public.

A number of past webinars are available as Video Lectures: Click here.

Recorded Concerts by our presenters are also available via our Video Concerts. Click here

Wednesday Lecture, June 1 @ 2:30pm ASA Koffler Great Room “Memoirs part 2” This reading is a rescheduling of a presentation from April 4, when technical failure prevented the Zoom broadcast.  With some of the original stories and some new ones, this reading will provide a second opportunity for some, and a first for others, to enjoy Michael Chriss’s memoir.  Read More . . . 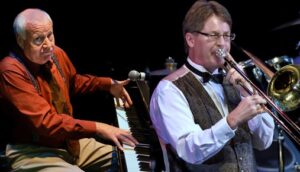 Evoking the spirit of “The Big Easy,” pianist Ray Templin and trombonist Rob Boone, members of Tucson’s Wildcat Jazz Band, take us on a lively journey with the traditional songs and instrumentals of New Orleans jazz. 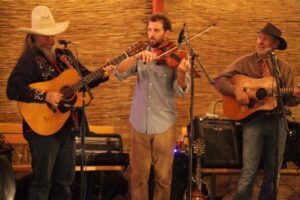 Singer-songwriter and national flatpicking champion Peter McLaughlin returns to the ASA with his 5-piece band “Nick McBlaine and Log Train” to play lonesome old songs, new originals, and all kinds of Americana – bluegrass, country and swing. 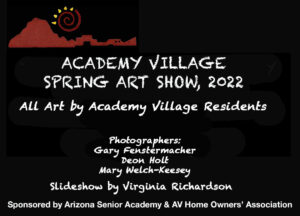 ART. The Arizona Senior Academy and the AV Home Owners Association held a one day event with art produced by

Academy villagers. Here is a slideshow that focuses on this art: click photo or here

POETRY: This Chapbook presents the poetry written during a class led by the well-known poet,  Nancy Fitzgerald. The poems were were recently presented to an audience in the ASA
Great Room. For view of the Chapbook, click photo or here 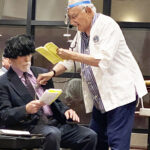 PLAYS: “The Sunshine Boys”, a play by Neil Simon that premiered in 1972, was recently presented by the the Village Theater Group in the Arizona Senior Academy Great Room. This play-reading version involved a number of Academy Village residents, and was directed  by resident Mary Mitchell. Photograph by Deon Holt. Click photo or here for video 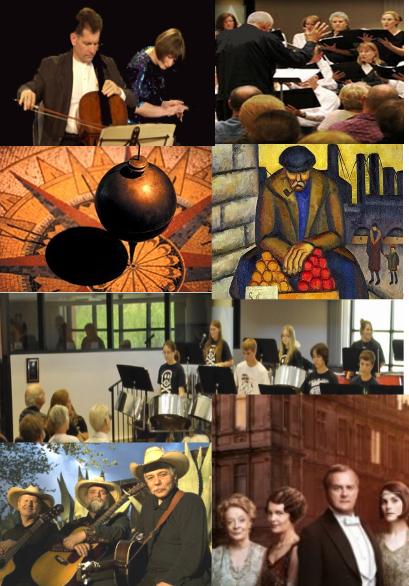 The ASA mission supports extended learning, creative engagement, mentoring and public service over the entire span of retirement. It is located within Academy Village, a 55-plus retirement community in Southeast Tucson, Arizona.

All residents of Academy Village become full dues-paying Senior Academy members at age 60, providing support for the ASA. In addition to the concerts and lectures each week, the resident members have a number of amenities available to them.

From time to time, our members and friends also make direct donations to sponsor the appearance of an artist or expert of special interest.

This mosaic depicts a sampler of past events, including a concert by the Vail Chorale founded and led by an Academy member, plus an early preview of the the final season of Downton Abbey which was co-hosted by ASA and our local PBS station KUAT.