The following lecture videos were initially presented by the Arizona Senior Academy as webinars.  The presenters have agreed to include their webinar presentations as videos on this list. The videos have been placed on this page 10 days or more following the initial presentation, and withdrawn 4 months following the presentation.

October 11. Nove Meyers: “Running Away from the Circus”

Academy Village resident, Nove Meyers, is a fourth-generation member of a family of circus owners.  Rather than the circus, he followed another family tradition by going into the food concession business and eventually owned a sizable contract food service in Seattle.  Before that, he spent eight years studying for the priesthood and another twenty working for the Catholic Church. While he has written extensively, “Running Away From the Circus” is his first book, and he reads sections from it in this presentation. Click here

Butterflies are among the most beautiful of nature’s creatures that we can easily observe. Kathleen Prudic, an entomologist and Assistant Professor at the U of A,, suggests that the tiny beauties have been on the decline in the area for 40 years. As she states: “Having these longer, hotter falls is a real problem for butterflies.” She describes her research that aims to discover how interactions have shaped the form, function, and distribution of butterflies. Click here

Movies and literature suggest that the conquest of the West took place through the technology of the six-shooter and the repeating rifle.  Stephen Renzi suggests, however, that the West was developed through three items: the windmill, barbed wire, and the railroad. Renzi, a history, writer and photographer, believes that every generation must learn about who and what came before them so that lessons from the past are not lost. This presentation provides an example of that lesson. Click here

September 15. Dan Angelo & Gary Fenstermacher “Everything you Always Wanted to Know about the Arizona Senior Academy (ASA) and the Academy Services Corporation (ASC)”

Angelo and Fenstermacher explain the two corporations in Academy Village that are NOT the AV Homeowners Association. ASA is a 501c(3) organization that brings villagers lectures, musical presentations, art and poetry classes, and much more.  The ASC owns and operates the Villas and formerly administered a Wellness Program. The speakers describe the intricate relationship between these three organizations that make Academy Village such an exciting place to live. Click Here 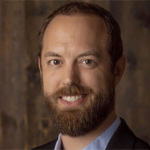 Rising temperatures will impact cities more severely than open areas due to the large number of buildings and people clustered together. Predictable effects will include heat-related deaths, increased consumption of power leading to major outages, and infrastructure failures leading to decreased mobility. All these phenomena will cause major economic disruptions for individuals as well as the economy as a whole. Ladd Keith, of the UofA school of Landscape and planning describe this situation and what individuals and cities must do to prepare. Click here 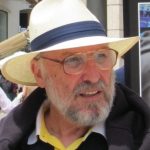 Michael Chriss, Astronomer, returned to the podium to lighten us about the history of keeping time. “The great cycles of time in the sky led to the start of astronomy. Chris follows the story of all those seconds, days, months, and years, and the measurement of time over the eons, from the dog days of summers to the leap seconds of today. Always provocative and entertaining, Chriss takes us time-traveling. Click Here 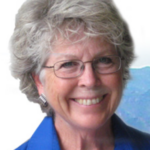 Carolyn O”Bagy Davis, western historian, archeology writer and master quilter, is currently writing a biography of a remarkable woman, Kate Cory, who managed to live an independent and adventurous life in an era when the lives and roles of women were strictly circumscribed. Her work included oil painting, commercial art, photography, pottery, sculpture and murals. Among other works of art, she is best remembered for the photographic record of the Hopi people. Davis explores this amazing woman’s life and work. Click here 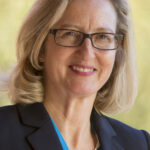 Kirsten Engel, an environmental Law professor, is serving her first term in the Arizona State Senate. Kirsten has devoted herself to funding our public schools and universities, protecting our environment and building a clean energy economy, as well as criminal justice reform and affordable healthcare. Click here 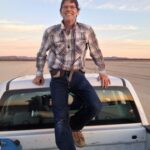 Dr. Jim Malusa is a research scientist with the U of A School of Natural Resources and the Environment. In 48 years of hiking the mountains surrounding Tucson, Malusa has watched the changes in the geography of plants. To document the changes wrought by flame, he goes to locations with pre-fire photos and vegetation data, and then precisely matches the photos. He shares some of his photo sequences to provide an idea of the resilience of different vegetation types from saguaros to pine trees. Click here

One of the challenges of studying animals is that we can’t just ask them what they are thinking; consequently, we have to design experiments that test our hypotheses. Ms. Gnanadesikan, a PhD candidate at the U of A’s School of Anthropology, describes various experimental techniques to create specific experiments such as treat-finding games. Her most recent work has focused on dogs and wolves, trying to understand how and why they think and act differently. Click here 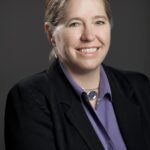 As our water is increasingly depleted and the Colorado River is being exhausted by ever greater agricultural and population demands, what sources will be available to us in the future? Dr. Jean McLain, a Professor in the Dept. of Environmental Sciences reports on her current research in salvageable wastewater, in particular the development of antibiotic resistance and formation of toxic algae in this promising supply of (re) usable water. Click here 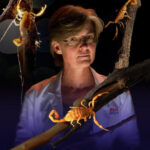 The Sonoran Desert is a haven for interesting wildlife, including venomous creatures such as scorpions, rattlesnakes, Gila monsters, and venomous spiders. Dr. Leslie Boyer, a toxicologist, is Emeritus Professor of Pathology and founding Director of the VIPER Institute at the U of A. She talks about these animals and their venoms, as well as the development of new antivenoms by the VIPER Institute. Click here 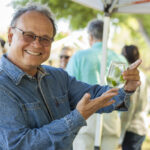 Although rain is critically needed in the Sonoran Desert, summer monsoons can result in significant flooding without water infiltration. One way to reduce flooding, recharge the acquirer, and beautify homes is to harvest the rain. Dr. Murrieta-Saldiver, who currently serves on the Wilderness Land Trust, shows us how to build a basin in the earth and fill with native species according to their water tolerance. Click here

June 14. Nathan Horn-Mitchem: “Cybersecurity for the Rest of Us” 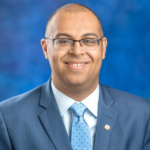 Nathan Horn-Mitchum is the Chief Information Security Officer and Senior Vice President for Provident Bank and Beacon Trust of New Jersey.  His talk shows viewers how to use digital security tools to protect data, identity, and money; and provides some tactics we can use to keep ourselves safe. As he points out, it is important to use digital security tools and practices to protect yourself and your loved ones from computer breaches. Click here 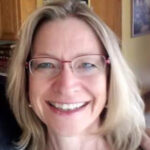 In this lecture, Leslie Fuller explains typical age-related memory and cognition changes that occur as people age.  She then addresses how symptoms of Alzheimer’s disease and other dementias differ and points out the top warning signs, and the importance of early detection.Ms. Fuller runs her own consulting and training practice, Inspired Dementia Care, in Las Vegas. Click here 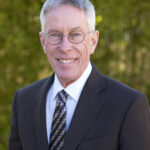 This lecture is presented by one of the nation’s preeminent experts on water policy and law. Dr. Robert Glennon is a Regents Professor of law and public policy in the UofA’s Rogers College of Law. Dr. Glennon talks about the current situation and future concerns of potential water shortages that many areas are facing, particularly the Southwest US, where “extreme or exceptional drought conditions have existed over many years. Click here

May 26. Goeffrey Bender: “The Chiricahua Mountains: A Researcher’s Paradise” 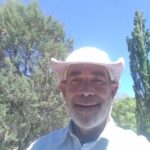 The Chiricahua Mountains massif is a large mountain range in southeastern Arizona which is part of the Basin and Range province of the west and southwestern United States and northwest Mexico. Dr. Bender, of the Southwestern Research Station, explains the geographic influences that make Arizona’s Sky Island Archipelago one of the most biologically rich environments in the U.S. and an ideal place to foster understanding of our planet. Click here 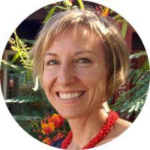 The field of phenology examines seasonal cycles that affect plants, animals and climates and how they are impacted by variations in the cycles. Theresa Crimmins, Director of the USA-NPN and research professor at the School of Renewable Resources at the U of A discuss the ways in which the current spring and fall events are occurring earlier and the observation that many species are not keeping pace with these climate changes. Click here

May 5. Martin Levy: “Creativity & Aging: You Can Teach an Old Brain New Tricks: Lessons From Neuroscience” 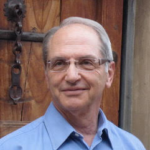 Blending an interest in art with expertise in psychology has led Dr. Levy to explore the importance of creativity in aging. Dr. Levy uses findings from Neuroscience to describe how creativity can grow new neural connections, thus improving memory and enhancing cognitive skills. Dr. Levy earned his PhD at Ohio University and was a National Institutes of Mental Health Postdoctoral Fellow in Clinical Psychology and an instructor in Psychiatry at the University of Rochester Medical Center. Click here

May 3. Sairam Parthasarathy: “Sleep and Coronavirus” 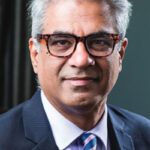 The role of sleep in the Coronavirus pandemic warrants serious attention. During the pandemic, many individuals have suffered from insomnia, with related adverse consequences. Dr. Parthasarathy is Professor of Medicine and Chief of the Division of Pulmonary, Allergy Critical Care and Sleep Medicine at the University of Arizona.  His talk focuses the closely related sleep problems and the relationship between COVID and sleep. Click here 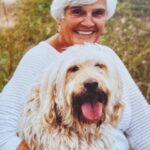 April is National Poetry Month.  Nancy Fitzgerald, poet, instructor of poetry, and now poetry editor of the weekly Village News, addresses the age-old question, “What is a poem, particularly if it doesn’t rhyme?” She discusses several of the poems recently chosen for the newsletter, looking carefully at verbal elements–such as imagery, diction, manipulation of lines, and metaphor–in relation to content. Click here

April 19. Moderator–Lucy Wilson: “A Community Garden at the Academy Village? 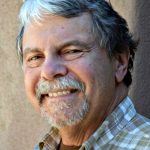 Dan Angelo, President of the Arizona Senior Academy, presents a unique webinar on editing photos on Windows 10.  He covers the topics of Light, Color Density, Clarity, Cropping and Saving.  These editing tools are presented on this webinar by showing exactly what one must do to develop a remarkable photo. Click here

Jan. 18, 2021; Neil Kochenour, “What Can We Learn from Other Countries about Health Care?”

Dr. Neil Kochenour received an MD in Obstetrics and Gynecology from Cornell University.  His last position before retiring was Division Chief of the Maternal Fetal Department at the University of Utah. He has been studying the differences between Health Care Systems in this and other countries, and why certain aspects (such as cost) better in some countries than others. He compares a number of metrics from many countries and then discusses what lessons can be applied to the U.S. health system. Click here 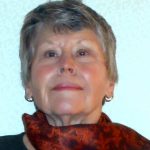 “Nero Fiddled While Rome Burned”. Did this really happen? Historians are now reconsidering Nero and coming to surprising conclusions about his abilities as an emperor. D. Marilyn Skinner, a professor Emerita at the University of Arizona, reviews new research on the Nero’s reign, focussing on the most horrific event of his term as Emperor. Click here

There are thousands of Active spacecraft orbiting the Earth, but not very many elsewhere in the solar system. In this talk Marcia Neugebauer brings watchers up-to-date on what is currently happening in deep space. She describes some of the many spacecrafts, where they are, and what type of information they are capturing about various planets and astroids. Click here

Gary Fenstermacher, emeritus professor at the University of Michigan, has lived in Academy Village for 15 years. He examines Henry Koffler’s founding vision, the five years of planning that preceded the first home in the Village, and the two decades since. Fenstermacher considers events in the early 2,000’s that altered Koffler’s vision, sometimes for the better and sometimes not. Click here