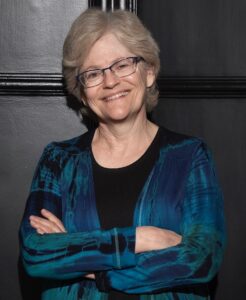 Prior to the 150th anniversary of The American Naturalist, the journal published a series of retrospective essays highlighting important articles from its history. With only two exceptions—LoPresti and Weber (2016) and Metcalf (2016)—the highlighted articles were all authored by men. It is thus easy to come away with the impression that the journal was an all-male club in its first century and a half.

Curious about the contributions of women in the very early years of The American Naturalist, Dr. Judith Bronstein and Dr. Daniel I. Bolnick (Editor-in-Chief from 2018 to 2021) scanned every issue published from 1867 to 1916 to identify women authors, sharing their findings in an article published in the journal in 2018. They examined the diverse paths that the women’s scientific careers took and the barriers they faced along the way, seeking answers for the following questions.  How often did women publish in The American Naturalist during this early era? What were their stories? How did they enter science? Were they able to establish scientific careers? How did their backgrounds and fates change over the reviewed 50 years? In this talk, Dr. Bronstein will explore this revealing look into American women in science.

Judith Bronstein received her AB from Brown University, and her MSc and PhD in Ecology and Evolutionary Biology from the University of Michigan.  Following postdoctoral fellowships at Le Centre National de la Recherche Scientifique in Montpellier, France, and the University of Alberta, she became Assistant Professor at UA in 1989, where she advanced ultimately to her current position of Distinguished Professor of Ecology and Evolutionary Biology in  2012.  She has served as a member of numerous journal editorial boards, as Editor-in-Chief of The American Naturalist, and as Program Director in the Division of Environmental Biology for the National Science Foundation.

ZOOM LINK to ALL WEBINARS:
Please click this link to join the webinars Here: