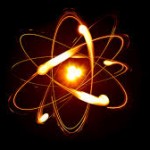 “The splitting of the atom has changed everything… except the way we think.”
– Albert Einstein

Michael Chriss, a University of Arizona professor of astronomy and Academy Village resident, will present the first talk in a four-part series of lectures discussing nuclear issues at the Arizona Senior Academy.

His lecture, entitled “The Bomb: From Roentgen to Hiroshima,” will begin at 2:30 p.m. Thursday (Oct. 16) in the Great Room of the Arizona Senior Academy building on the campus of Academy Village, 13715 E. Langtry Lane, Tucson.

Chriss will give a brief account of the birth of the nuclear age from Wilhelm Roentgen’s discovery of X-rays to the Manhattan Project and the dropping of the first atomic bomb on Hiroshima, Japan. He will describe its challenges to human survival, and how we have met them thus far.

The lectures are free and open to the public, but reservations are suggested by calling 647-0980.