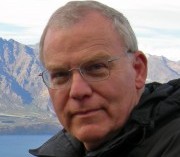 American philosopher George Herbert Mead once quipped, “Philosophy is a study which enables man to be unhappy more intelligently.”  Although there is some truth in Mead’s remark, it’s certainly not the view Gary Fenstermacher will emphasize in his four-session course on philosophy that runs on successive Thursdays from Jan. 10 to Jan. 31 at the Academy Village.

For Fenstermacher, philosophy is the mind’s engagement with ideas that are of great consequence, but unresponsive to resolution by science or religion. “It’s a remarkable combination of fascinating problems, specialized methods of inquiry, and persons with a tolerance for ambiguity and uncertainty,” he observes.

Fenstermacher is an internationally recognized scholar, well known for the exceptional quality and quantity of his work. He has published extensively, authoring more than 130 articles and several books. He is past president of the American Association of Colleges for Teacher Education and a former senior associate with the National Network for Educational Renewal.

Specializing in the philosophy of education, his research interests include the nature of knowledge and reason in teaching, the moral development of teachers and learners, and the politics of schooling and teaching.

His four-week course, presented by the Arizona Senior Academy, is intended as an introduction to Western Philosophy, which means that the topics and methods are drawn primarily from European and American philosophical traditions. Over the four-week series, Fenstermacher will explore topics selected from three of the traditional core areas of philosophy: metaphysics, epistemology and ethics.

The Jan. 10 session will cover the general concept of philosophy, some examples of “doing” philosophy, and an examination of what it means to be human.  What distinguishes human beings from other species?  What’s involved in capitalizing on the unique features of being human, and what are the consequences of ignoring them?

The Jan. 17 session will focus on epistemology, the study of knowledge. The questions examined here are what knowledge is, what knowledge is most worthwhile, how do we know we know, and how are truth and belief related to knowledge? In addition to exploring these classic queries, attention will be devoted to the application of knowledge theory to science, religion and education.

In the Jan. 24 session, Fenstermacher will turn to ethics, primarily notions of “the good” and “the right.” Technically, ethics is the study of morality although the two are frequently considered synonymous. When asked to explain the difference, philosophers often joke that ethics is about money while morality is about sex.  After examining some theories of justice in classical Greek philosophy, this session will focus on contemporary theories of morality as well as to how children become moral agents.

The Jan. 31 session will address a topical sub-area, political philosophy, in some depth. Picking up on theories of justice and right conduct explored in the ethics session, their application to various political systems and world cultures will be illustrated. Discussion will focus on the meaning, promise and challenges of democracy; the controversy between libertarians and communitarians; and the vexing issues of racial and cultural identity.

Fenstermacher, a resident of Academy Village and a member of the Arizona Senior Academy, holds a B.A. and a Ph.D. from Cornell. He was Dean of Education at the University of Arizona from 1985-91, and before retirement he was Professor of Educational Studies at University of Michigan.  He’s also held posts at Virginia Tech, UCLA and NYU.
Submitted by Stan Davis, Academy Village Volunteer