Violinist Linda Rosenthal, founder and director of Juneau Jazz & Classics, will return to the Arizona Senior Academy along with pianist Alexander Tentser on Tuesday (Feb. 20) in a concert beginning at 11:30 a.m. The program will feature music by Handel, Beethoven and Brahms, as well as the 20th century composers Lukas Foss, George Perlman, and William Kroll.

Rosenthal has a personal connection to George Perlman, who was her violin teacher. Perlman taught violin in Chicago for 74 years, up until three months before his death at age 103. Rosenthal has recorded his lovely “Elegy and Habañera,” which she will play on Tuesday’s program.

Performing throughout North America, Europe and Asia, Rosenthal is also the founder and artistic director of the Lake Placid Chamber Music Seminar in New York and is professor of music at the University of Alaska Southeast in Juneau, Alaska, where she makes her home. Her violin was made in 1772 in Turin, Italy by J.B. Guadagnini.

Her busy touring schedule includes a two-person show for young audiences with actor Bill Blush called Strings & Stories, created for the Kennedy Center in Washington D.C. in 1995. Since then, the show has toured under the auspices of The Piatigorsky Foundation, a non-profit organization dedicated to bringing live classical music to audiences across America. 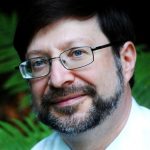 Tentser is well-known to Academy audiences from his piano performances with the Esperanza and St. Michael’s chamber ensembles, now adding an appearance as solo recitalist as well. For Tuesday’s program he will play a solo piece by Felix Mendelssohn’s sister Fanny, a composer and pianist lesser known than her famous brother but perhaps no less talented.

These events are held in the Great Room of The ASA Building adjacent to the Academy Village Community Center. Due to the popularity of cultural events, non-residents who wish to ensure priority seating are advised to make reservations by email at info@arizonasenioracademy.org or by phone at (520) 647-0980. To learn more about the Academy, go to www.asa-tucson.org.

Parking for visitors is in the lot behind the Community Center. All parking spaces in front of the Academy building are reserved.