ASA Board of Directors

As a non-profit charitable corporation, ASA is governed by a 13 member Board of Directors. Board members are elected for terms of three years, with two members rotating off each year.  Current members are:

All members of the management team,  except for the operations manager, are Academy Village resident volunteers.

Helen Schaefer, ASA Board Member. Board of Trustees, Women’s Foundation of Southern Arizona; Former Chair, College of Humanities Board, U of Arizona, Poetry Development Committee, Board of Directors Arizona Repertory Singers. 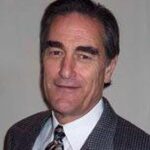